Emily Myerow: My Personality Portrait
Graciela, Miguel & I visited the www.SaxonvilleStudios.com in Framingham, MA yesterday. The artists have an open exhibition this weekend, and of course we walked and talked with many of them. Cousin Emily (Goldfield side) is a professional artist and I love her intuitive art and presentation of perspective. She captures individual nuance and insight; I enjoy art with meaning. Please visit her studio today. Directions are at the Saxonville Studio website.
http://www.mypersonalityportrait.com/index.html

Personality Portraits by Emily Myerow:
Graciela, Miguel & I visited the www.SaxonvilleStudios.com in Framingham, MA yesterday. The artists have an open exhibition this weekend, and of course we walked and talked with many of them. Cousin Emily (Goldfield side) is a professional artist and I love her intuitive art and presentation of perspective. She captures individual nuance and insight; I enjoy art with meaning. Please visit her studio today. Directions are at the Saxonville Studios website.
'via Blog this'
'via Blog this'
Posted by Unknown at 12/08/2013 12:57:00 PM No comments:

Golfers and Friends of the American Red Cross!


Join the American Red Cross of Northeast Massachusetts for a day of golf and spectacular views at its 16th Annual Golf Classic. The funds raised through this event will support the Red Cross disaster relief efforts as well as the delivery of life saving services to citizens of Essex County.

The event will be held on Monday, September 16, 2013 at the highly acclaimed Turner Hill Club, 3 Manor House Lane in Ipswich, which has been ranked by New England Golf Magazine as the 2nd best private course in New England.

Registration and lunch will begin at 11:00 a.m. (registration fee includes lunch & dinner). Shotgun Start at 12:00 p.m. Following golf, dinner will be served along with an award ceremony, drawing & raffles, and auctions.

To register as a golfer or sponsor, please click here:
Register 2013 Golf Classic

(Opinions are my own)
New Red Cross instructors | RedCrossEastMA:
17 American Red Cross Disaster Services personnel, consisting of both staff and volunteers completed a two-day class learning teaching and presentation skills for disaster services instruction and facilitation classes. With many new disaster services volunteers coming on board, new, qualified instructors are needed for the many courses that make up the American Red Cross' Disaster curriculum. 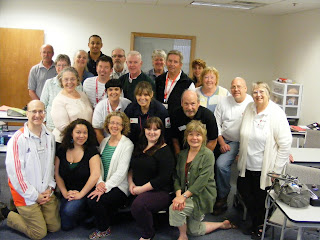 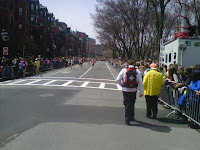 *A "Go-Team" or "Walking-Team" usually consists of personnel from a first aid station, usually an EMT, a first responder or first aid/CPR certified volunteer and an emergency communications ham radio operator.


Go-teams are dispatched to official and unofficial reports of a "down runner" or other medical need along the route on either side of the station. "Walking Teams" routinely go a 1/4-mile or so from the station as a medical support presence for athletes, law enforcement, spectators and course officials on the race route.- JCG
(I am a Red Cross volunteer, certified Ski Patrol Outdoor Emergency Care Technician & a former working EMT). 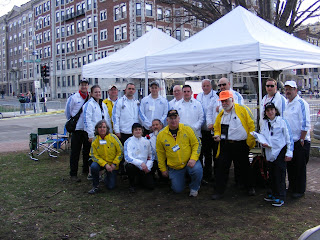 
The Cambridge Divorce Group, LLC is open for business tomorrow, Monday, February 4, 2013. We provide Limited Assistance Representation (LAR). This is called "unbundled legal services" and complies with the Massachusetts Court rules and standing orders for LAR services. There are no retainers. It is a pay-as-you-go business model to help people who are  not represented by legal counsel ("pro se" litigants).

Cambridge Divorce Group family law attorneys cover the office each weekday from 8:30 A.M. to 4:00 P.M. when the Massachusetts courts are open.

Please see us for motions, hearings, preparing and/or filing court documents, general divorce advice, custody and court order modifications, preparing the court-required financial statement, and any other aspect of divorce law in Massachusetts.

LAR is not for an entire divorce case. It is an affordable way to prepare a divorce or prepare for a court hearing. Don't go to court unprepared. Pay only for the services you need, when you need them.

(This blog post may be considered advertisement pursuant to Massachusetts SJC Rule of Professional Conduct 7.2, et seq.)
Posted by Unknown at 2/03/2013 10:43:00 PM 1 comment: